"It was a wrong number that started it, the telephone ringing three times in the dead of night, and the voice on the other end asking for someone he was not."

The manuscripts of The New York Trilogy

At the prestigious New York Public Library, on the Berg Collection’s shelves, lay historical and literary treasures, such as Paul Auster’s archives. Hundred of boxes are filled with manuscripts, drafts, typescripts, pages of famous novels, correspondences… We had the chance to have access to them thanks to the famous writer and the curator, Isaac Gewirtz, who guided us through this captivating labyrinth of documents.

This edition is the reproduction of The New York Trilogy’s manuscripts. From a first draft for City of Glass, entitled New York Confidential, then a typed version of Ghosts, entitled Black outs, to a quite advanced manuscript of The Locked Room: reading them is a fabulous dive in Paul Auster’s extremely creative laboratory. They allow an accurate eye to understand the layers which compose each novel, and they are the testimony of the work in progress, also highlighting what Paul Auster considers as a full artistic process, the choice of the titles - The Locked Room was initially called Ghosts. 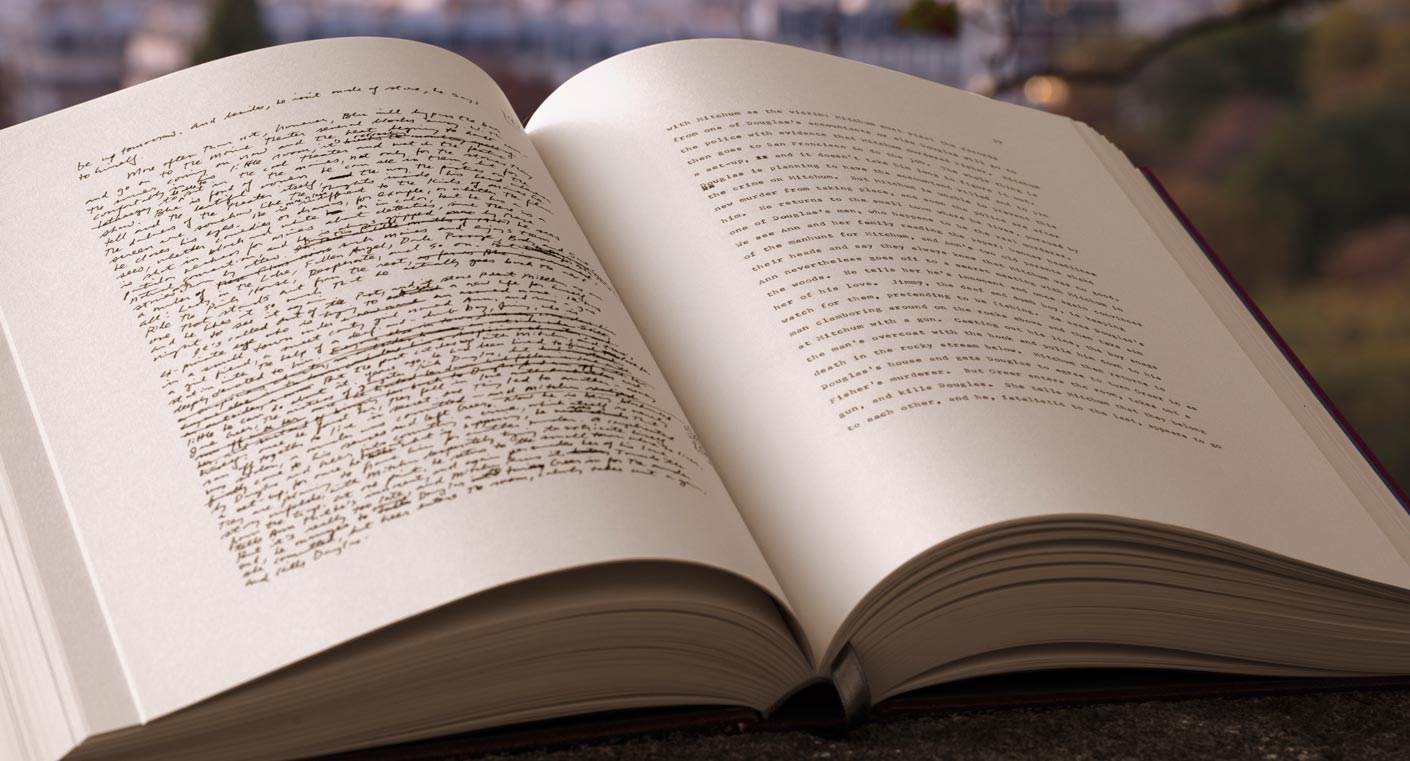 The metamorphosis of the writing

Paul Auster is one of the last authors who still write by hand. And he makes it with a deep accuracy: as he once confessed in an interview, he always begins by sketching the story in very vague terms such as "1. New York. Someone goes home. 2. Pittsburgh. Something about…", before he develops the plot in notebooks, rewriting paragraphs up to seven times and spending sometimes six hours on a single one. Once the hand-writing is over, the text is typed. The typescripts are then covered with many corrections with a pen, in the margins or on the left pages.

Those typewritten versions get loaded again with many corrections in pen, written in the margins or on the left pages. Black Outs gives a good example of this stage of the text. 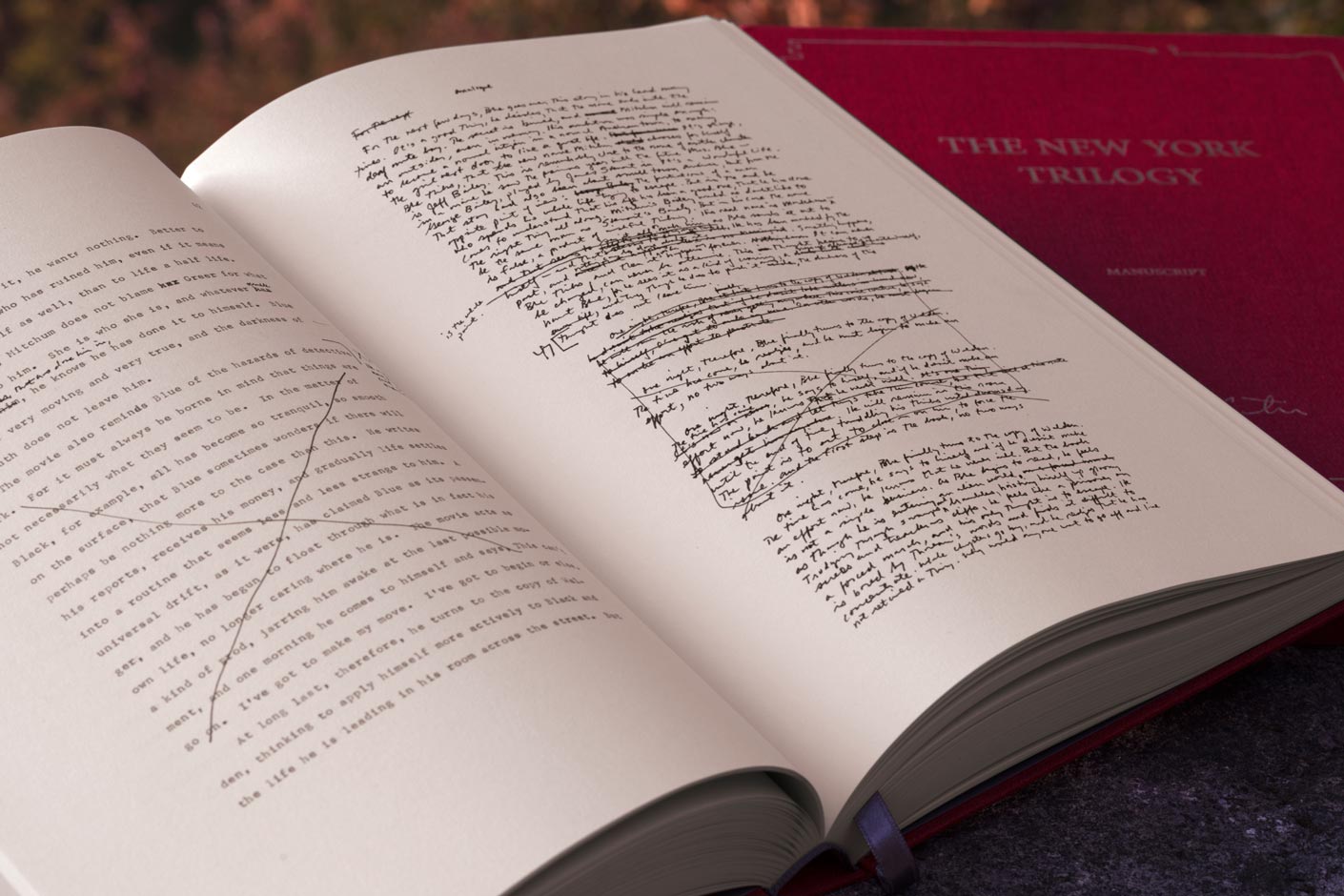 The three plots forming The New York Trilogy were written separately. Their brilliant architecture and narration, which contributed to their success and audience, are giving a taste of a certain detective literature. The manuscripts, for example, reveal many references to cinema, American and European literature used by Auster - that do not appear in the final versions the public knows. City of Glass was for instance originally entitled New York City Confidential, in reference to Russel Rouse’s movie (1955). 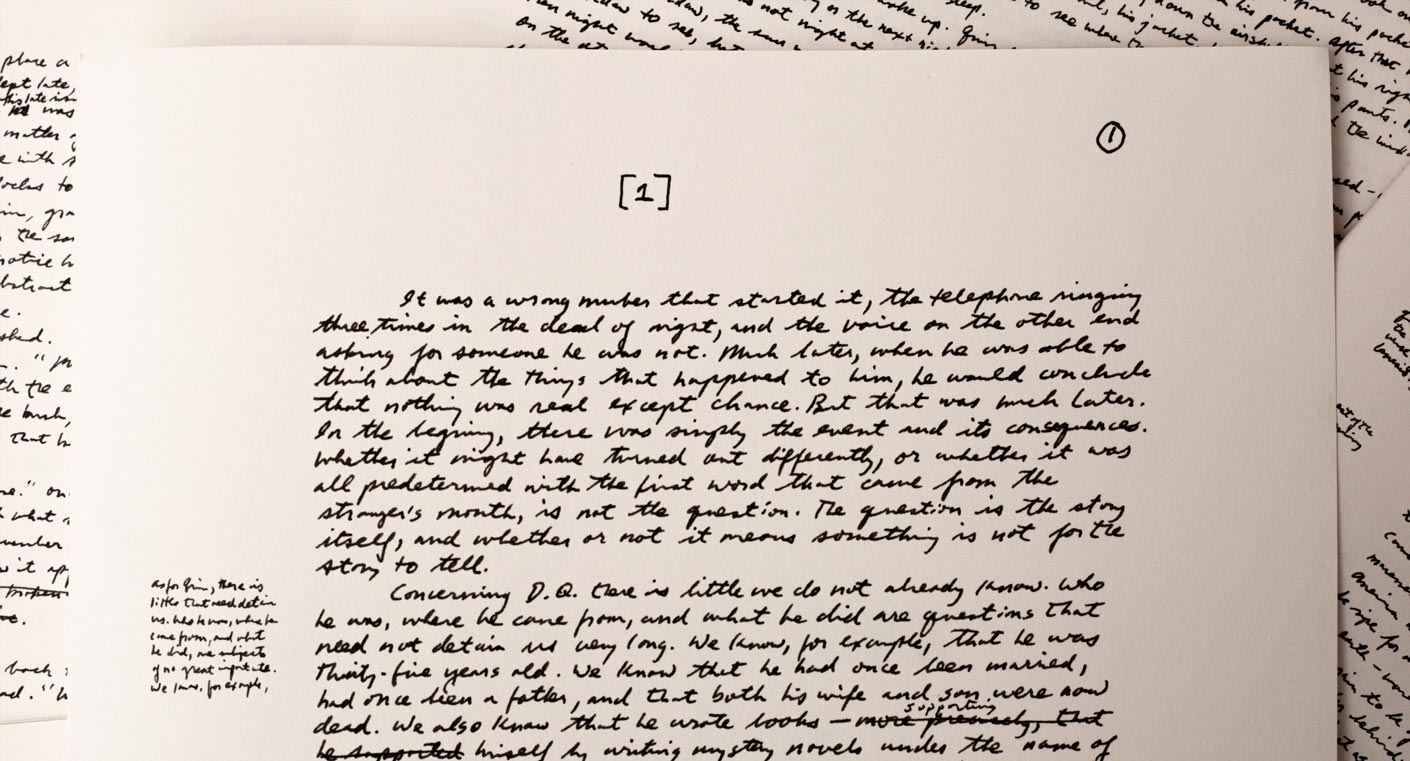 Often considered as Paul Auster’s masterpiece, The New York Trilogy earned him a worldwilde success, with a particularly enthusiastic reception in France. However, City of Glass was first rejected by seventeen publishers before it was released and selected, almost immediately, for the prestigious Edgar Allan Poe Awards in 1985. This first volume was followed by Ghosts and The Locked Room in 1986.

Numbered from 1 to 1,000,
this Carmine red edition is presented
in a large format handmade slipcase.