“I want to write something new — something extraordinary and beautiful and simple and intricately patterned.”

With these words, written to his editor during the summer of 1922, F. Scott Fitzgerald began planning his magnum opus: the great American novel of the 20th century. Despite the success of his first two novels, the young author wanted this one to be different, a "consciously artistic achievement", a "purely creative work”. He put his pencil to paper and worked relentlessly in Great Neck, New York — the Long Island town that served as a model for Gatsby’s “West Egg” — then along the much calmer French Riviera.

This document is the only complete autograph manuscript of The Great Gatsby. Throughout its handwritten pages, the novel’s characters are sketched, revised, and born. The manuscript is full of surprises. Entire scenes are extended. Passages are crossed out while others are added with a caret. Lots of details change. The main difference is that Jay Gatsby’s character is darker than in the published text, and he appears more mysterious: the story of his rise to wealth isn’t revealed until the very end of the manuscript. 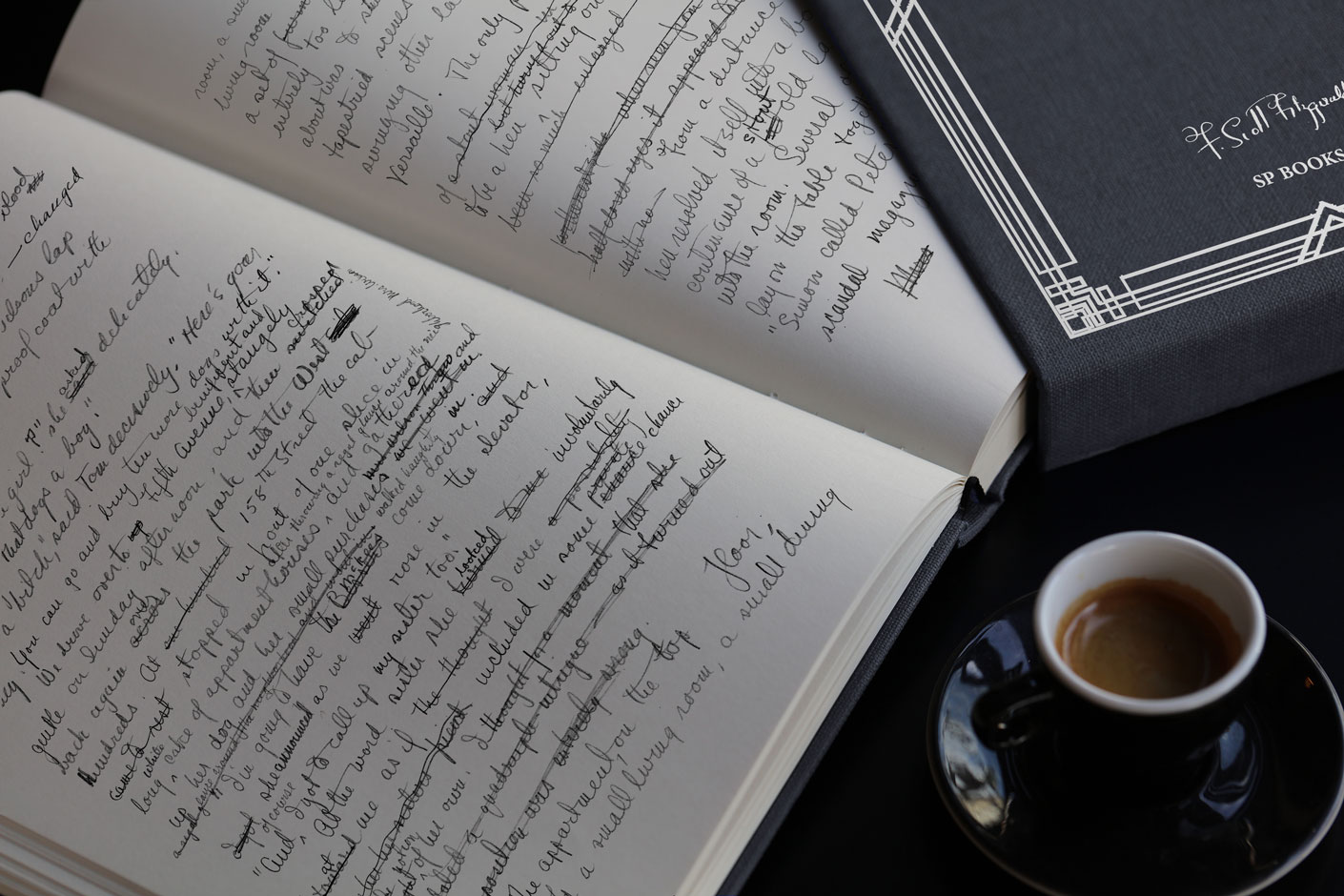 Hand-numbered from 1 to 1,800, each book is presented in a 14x10 inch slipcase, bound, and sewn using only the finest materials. The slipcase and cover ornamentations are iron gilded, and the pages are printed using vegetal ink on environmentally friendly paper.

"I think it is safe to say that F. Scott Fitzgerald would be thrilled to know that this edition of Gatsby, written in his own hand almost 100 years ago, is being published right now — so that his green light will stay blinking out there in the darkness, at the end of Daisy’s dock, inspiring readers of this generation and many more to follow their incorruptible dreams..."

A beautiful book. If you love The G G & want to know it better, this edition is a must.

just great to see fitzgerald in the text - in his own hand - this is one of the three or four great C20th american novels and this edition is very special.

It's an indulgence, yes, but I've never been so excited about getting a book. I know the novel almost by heart, teaching it every year, but now I'll get to witness the master in the editing stage. Wow. Thank you Daily Beast for bringing me here.