In honor of the novel's 60 year anniversary 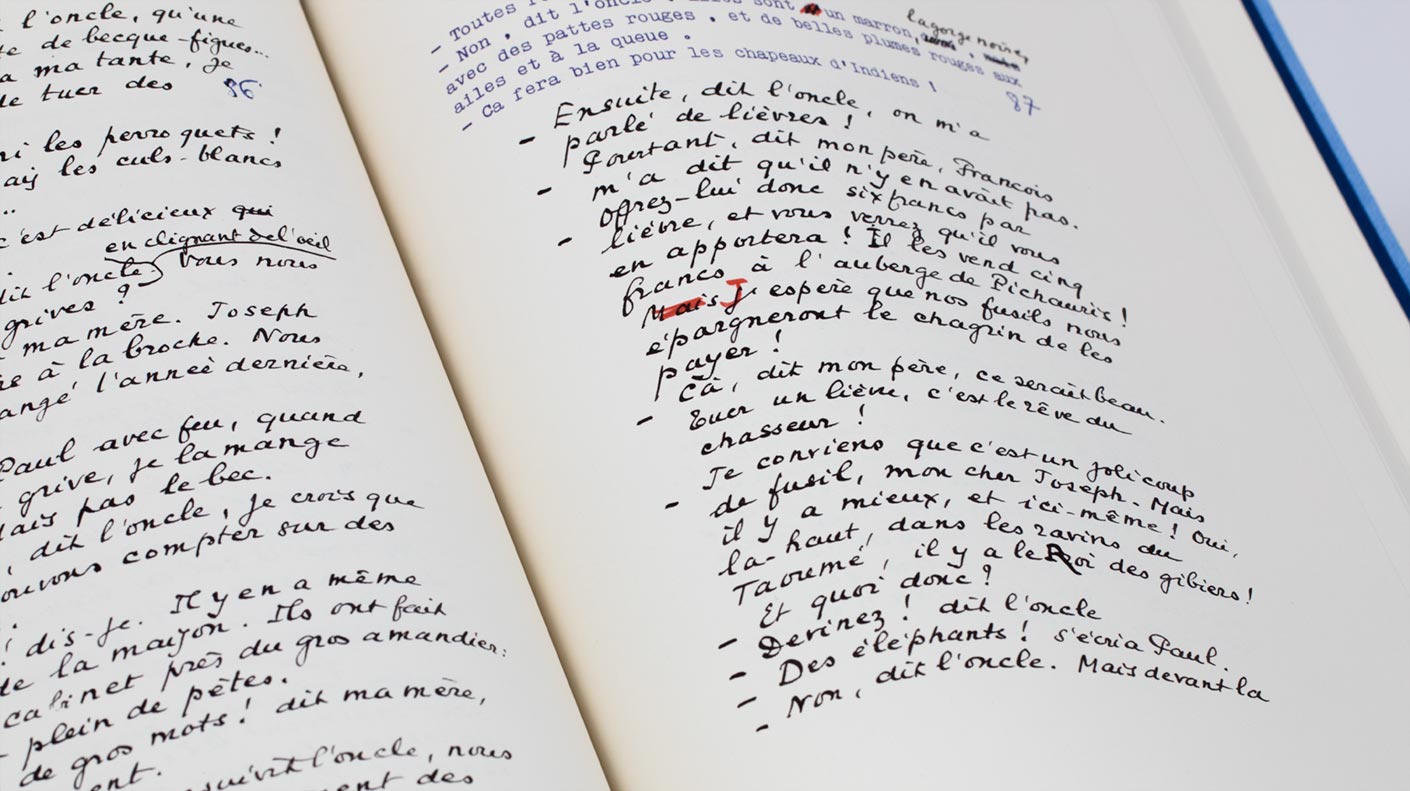 Marcel Pagnol, the author at work

Pagnol's childhood in Provence — an endless source of inspiration for his films — would soon take the form of a novel, the author's first novel and masterpiece: La Gloire de mon père.
The draft pages presented in this edition bring to light Pagnol's fastidious writing method, his effort to polish his style, and his quest for the perfect prose. Pagnol rarely crosses out his writing: he rewrites. Relentlessly. His handwriting is elegant, rounded and legible. 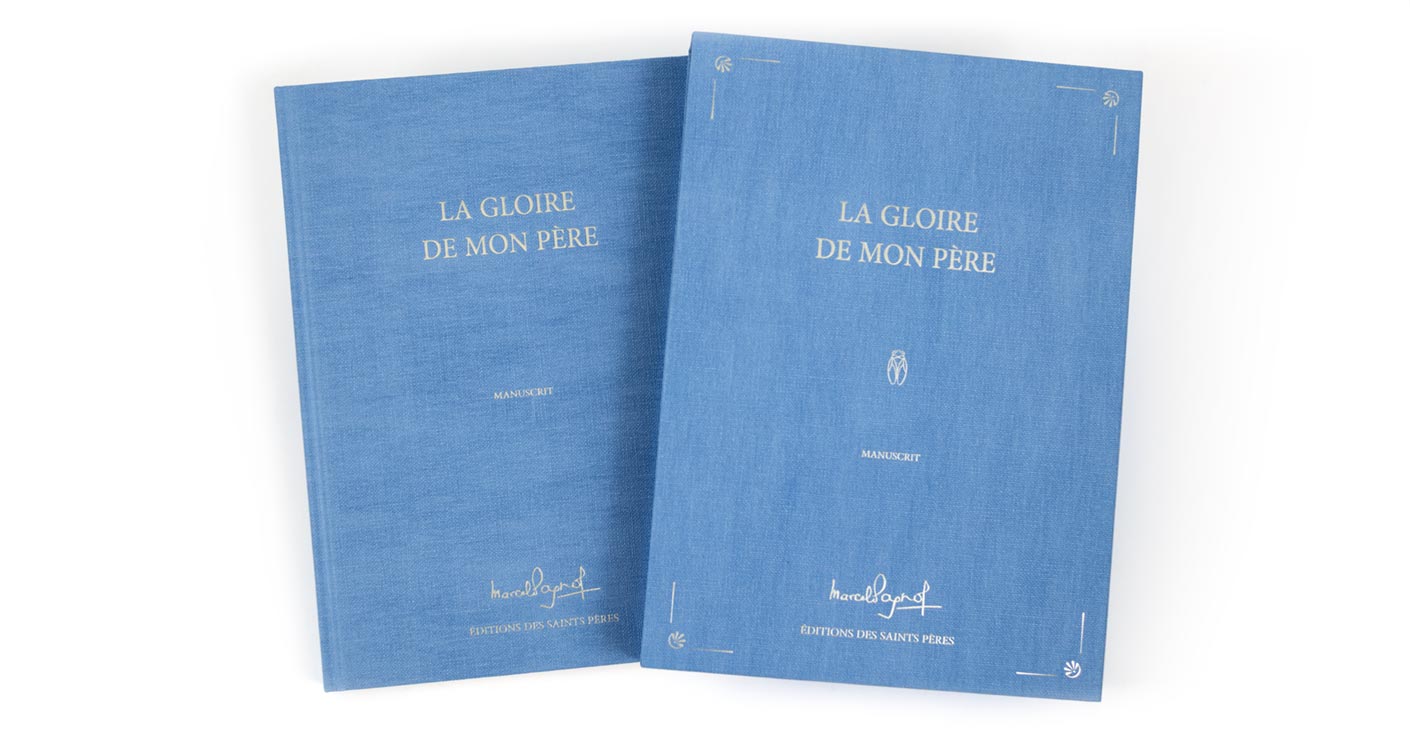 A unique collection of manuscripts

Pagnol's manuscripts are composed of loose sheets, notebooks, and annotated typewritten pages. The novel's narrative has been reconstructed thanks to the various manuscript ensembles held at the author's personal archive at square de l’avenue Foch in Paris. 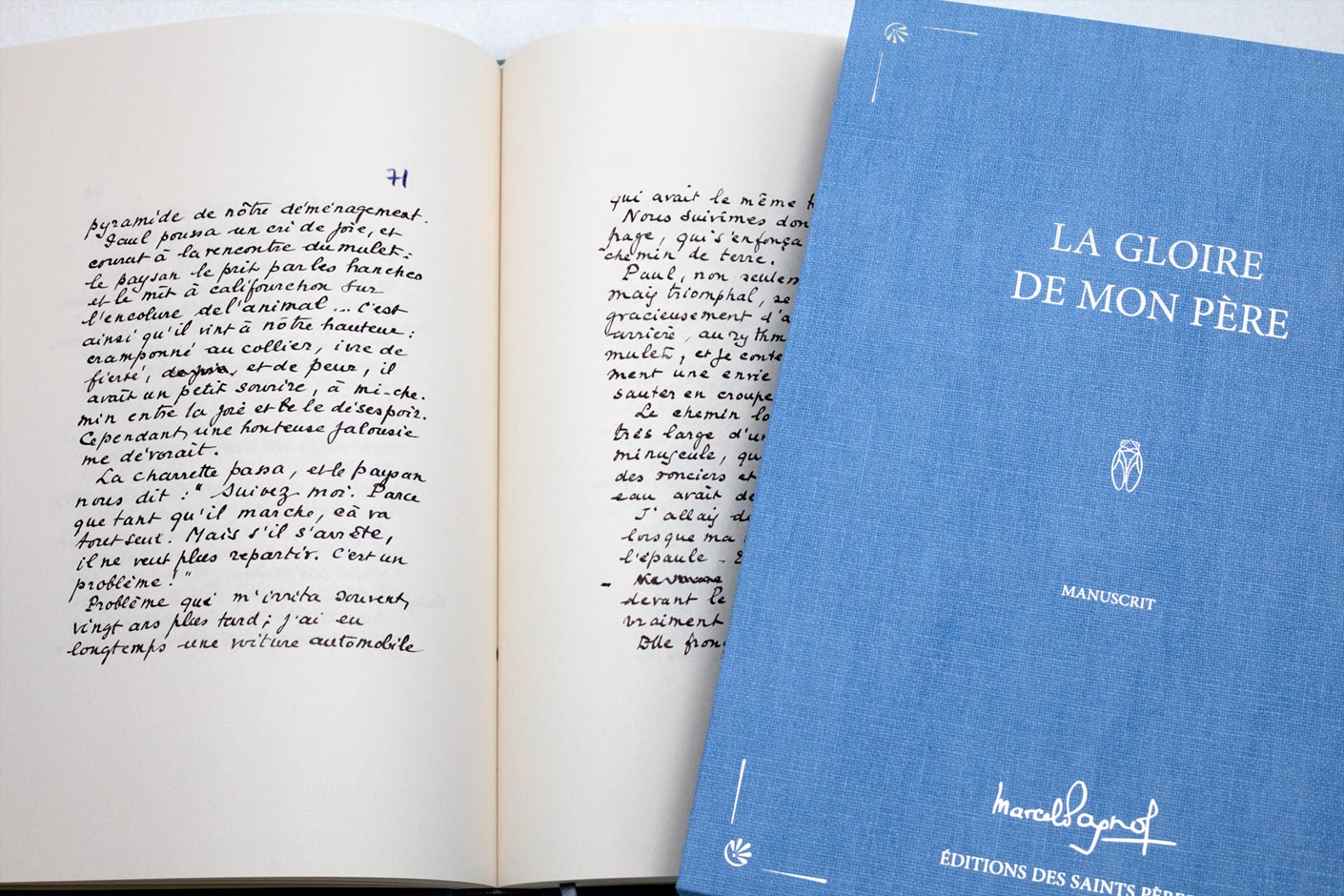 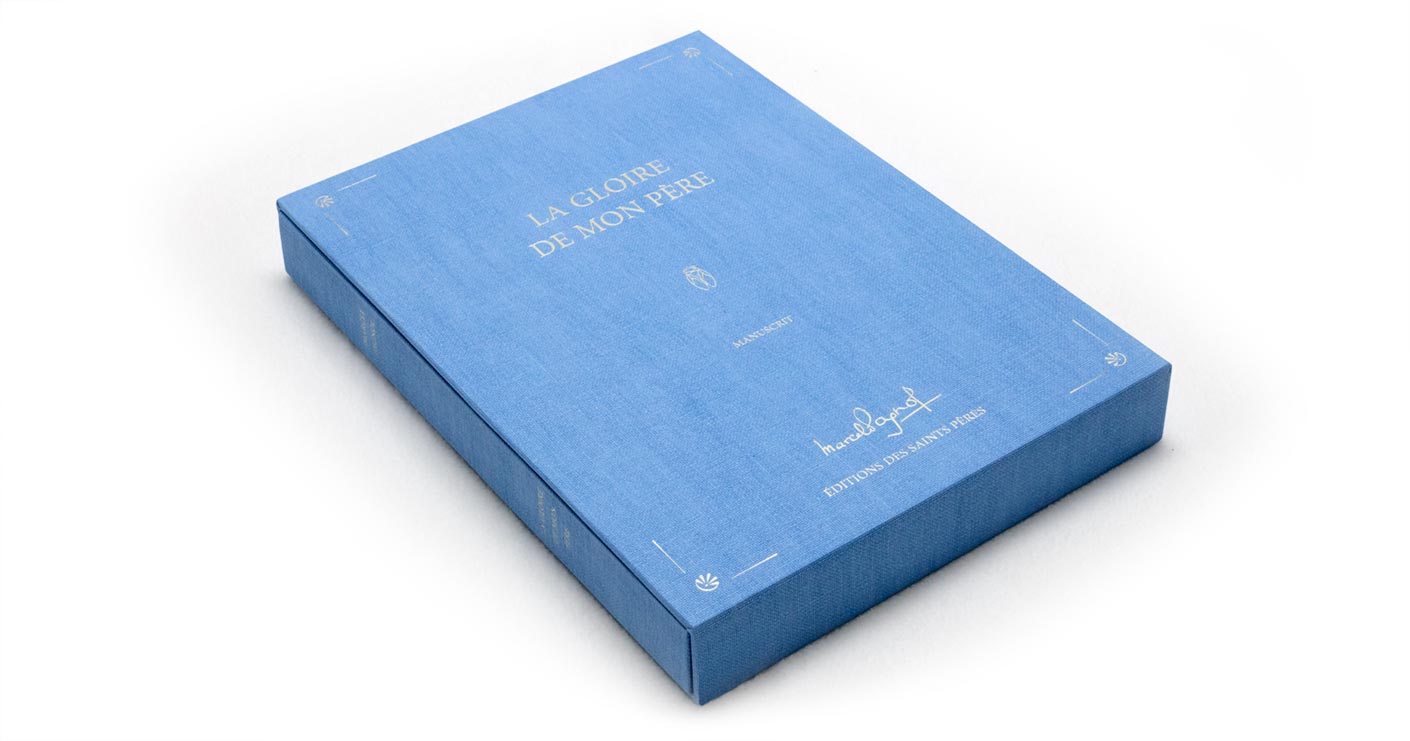 Each slipcase is handmade.