Manuscripts which never cease to fascinate

Ophélie, Ma Bohême, Le Dormeur du val, Tête de faune, Voyelles… More than a century after his death Arthur Rimbaud’s poems continue to stir the imagination of poetry-lovers across the world and to be able to read them in manuscript form lends an extra, even an emotional dimension to their appreciation, as if the poet’s own handwriting were revealing some of the secrets of his genius. 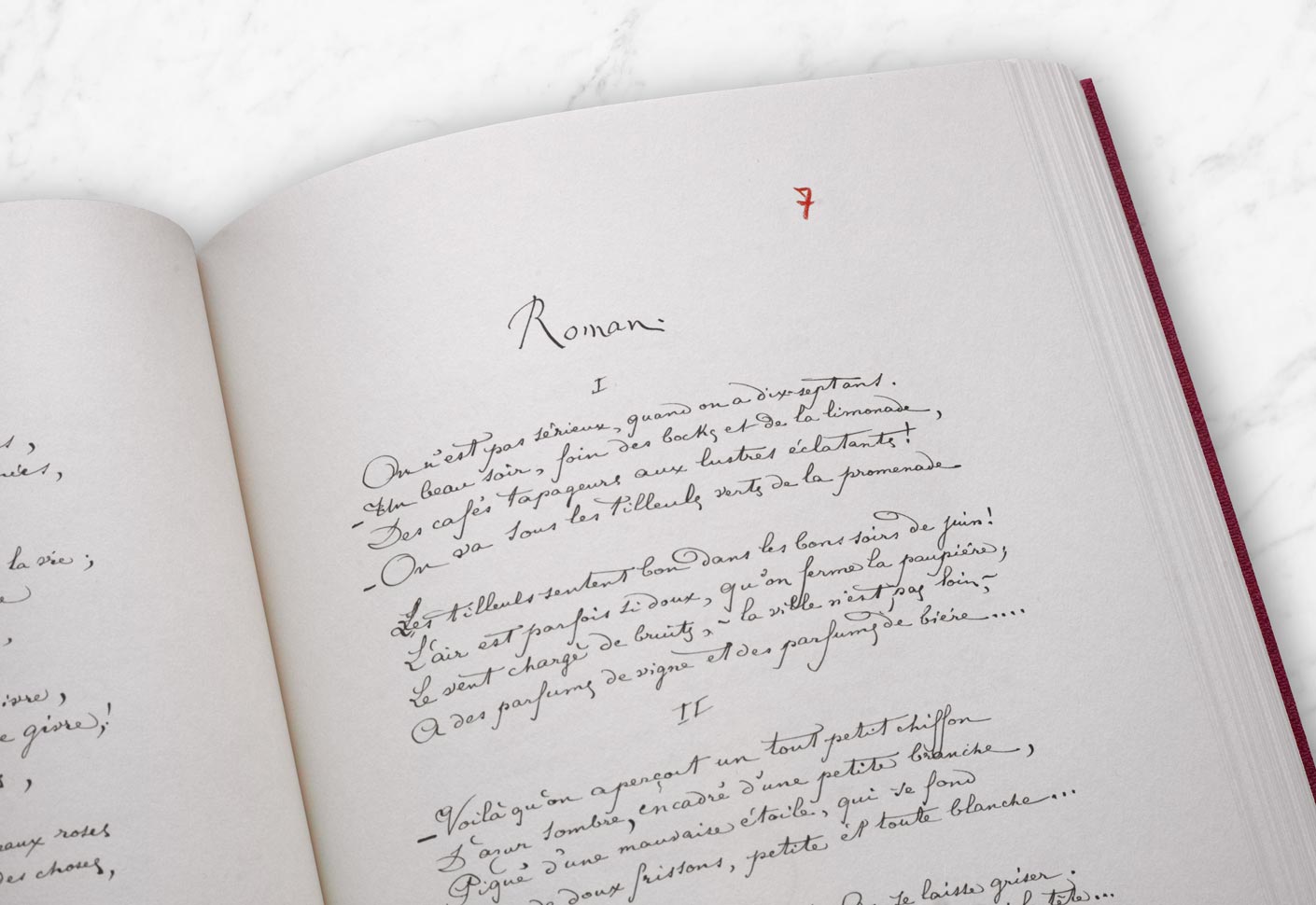 From the poems of his youth through to Illuminations by way of the dazzling « Lettres du Voyant » and his contributions to the Album zutique, Rimbaud’s manuscripts reflect most movingly the crucial moments in his creative life. 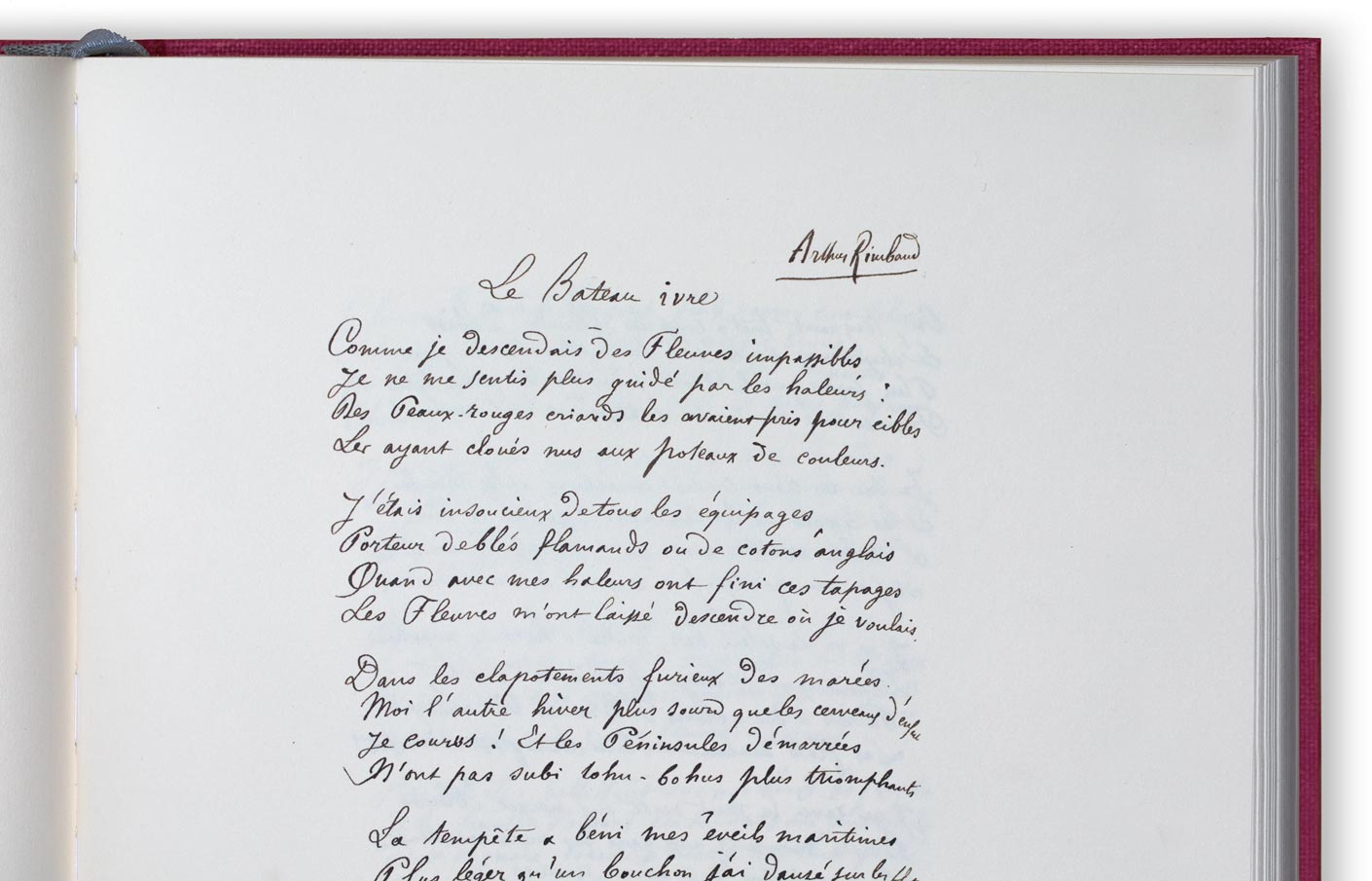 A painstaking process of reconstruction

In order to create this facsimile we first had to undertake the arduous task of tracking down Rimbaud’s widely dispersed manuscripts. We searched the holdings of great institutions such as the Bibliothèque nationale de France and the Martin Bodmer Foundation at Cologny in Switzerland, as well as smaller but no less important collections such as the Bibliothèque Voyelles at Charleville-Mézières and the Jacques Doucet library in Paris, without whose invaluable cooperation this edition would not have been possible. Once the manuscripts had been reassembled and ordered chronologically, our graphic artists set about removing some of the ravages of time and neglect so that readers might enjoy the delicious sensation of almost having the originals in their hands. 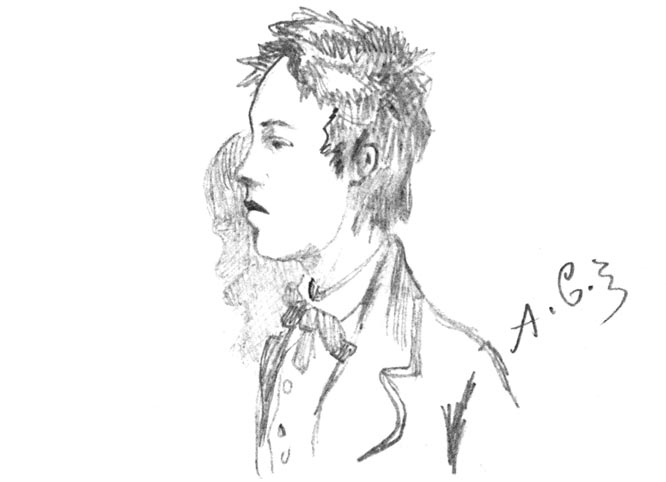 Certain manuscripts still remain in private collections whose whereabouts have been difficult to establish. Others, such as the originals of Dévotion and émocratie, have never been found, though there is always the possibility that they may resurface one day. That hope is kept alive by the recent discovery of one of Rimbaud’s letters from 1874 addressed to Jules Andrieu in which he writes of an ambitious project for a work entitled « Histoire splendide ». He had conceived the idea while he was sharing a room in London with the poet Germain Nouveau, and was putting the finishing touches to certain poems in Illuminations. 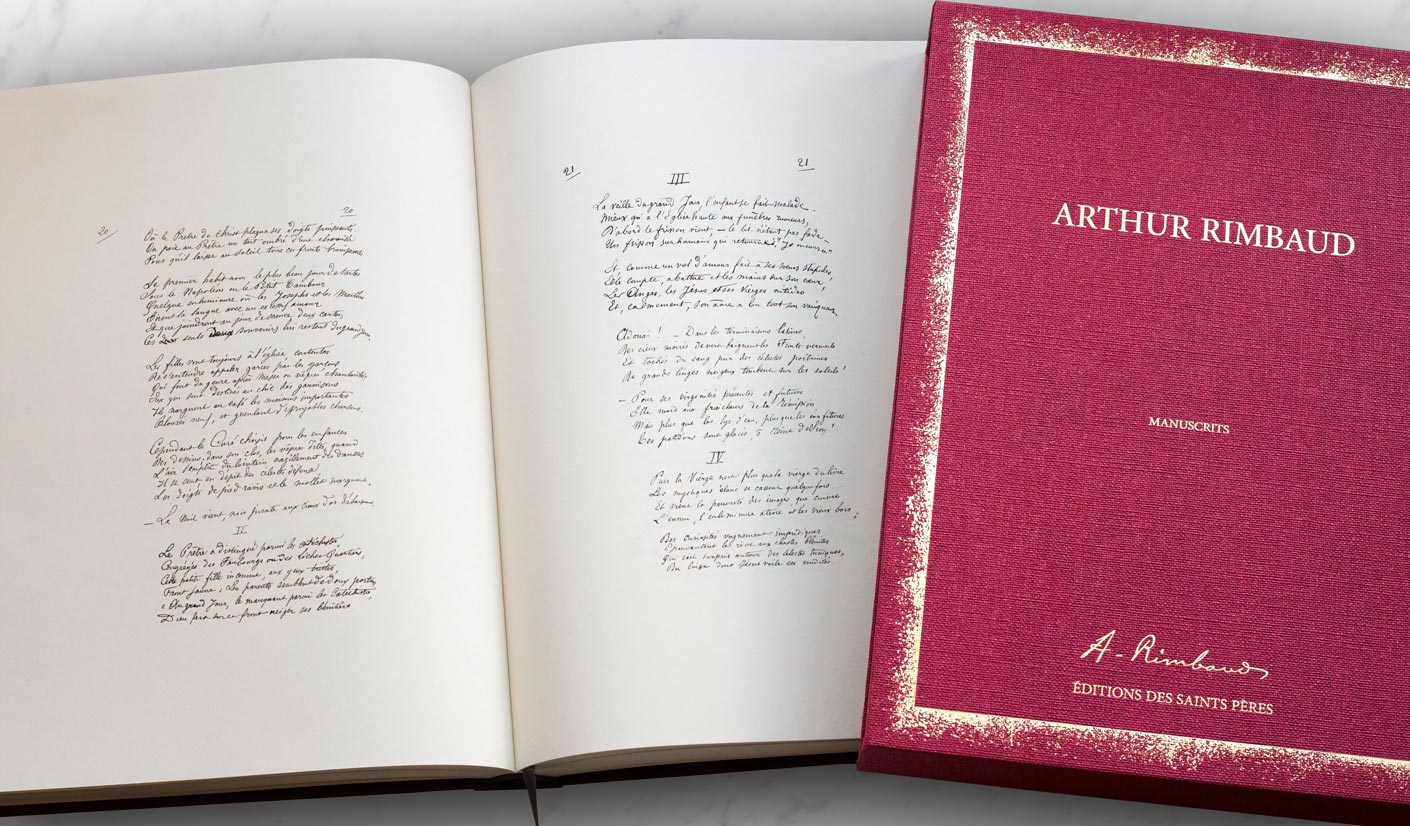 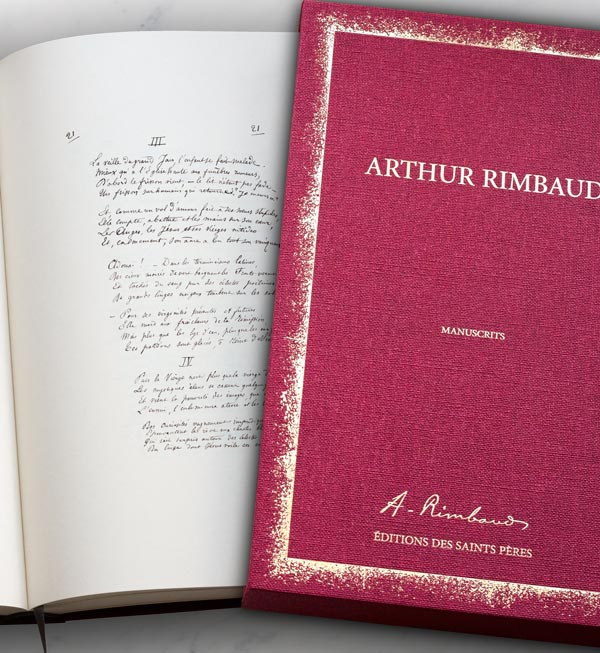 « A collection of wonderful fragments »: André Guyaux’s afterword on Illuminations

André Guyaux recounts the fascinating story which lies behind Illuminations, for the poems which make up this collection are still shrouded in mystery. The collective title for them was suggested by Verlaine and some of the poems, written on unnumbered and disparate sheets of paper and whose original sequence was thus uncertain, « disappeared » on several occasions, leading Verlaine to believe that they were lost forever.

This Vermilion edition is presented in a large format handmade slipcase.

This Vermilion edition is presented
in a large format handmade slipcase.